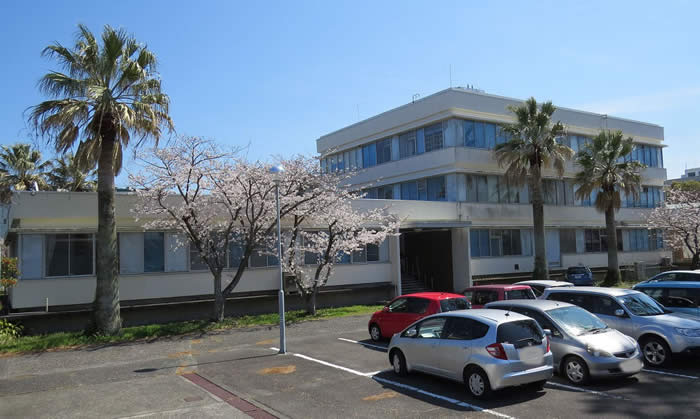 The National Research Institute of Far Seas Fisheries (NRIFSF) was established at Shimizu city (now Shizuoka city), Shizuoka prefecture in 1967. As one of the national institutes of the Fisheries Agency of Japanese Government, NRIFSF had covered the research for tunas, whales, walleye pollock, snapper, squids, and krill caught by the Japanese fisheries operating widely in the Pacific, Indian, Atlantic and Antarctic Oceans. With the reorganization of Japanese government, NRIFSF became an institute belonging to an incorporated administrative agency; the Fisheries Research Agency, in 2001. The Research Group of Oceanography and the Oceanic Resources Division moved to Yokohama in 2005 and 2006, respectively. The research Group of Oceanography was transfered to the National Research Institute of fisheries Science in 2007. Now NRIFSF focuses mainly on tunas, whales/dolphins and groundfish throughout the world and on krill in the Antarctic Oceans. The living marine resources are recognized as important natural renewable sources of food, and marine fisheries can provide the high quality protein which is required for human consumption.